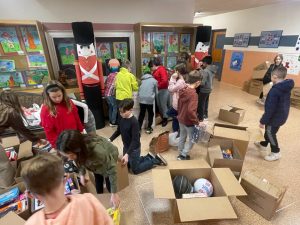 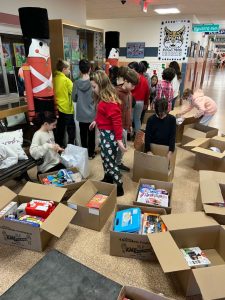 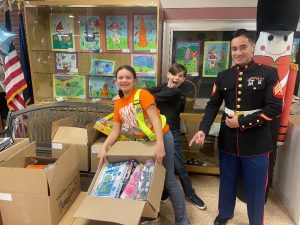 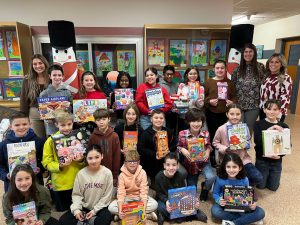 The Student Council at Barnum Woods Elementary School in East Meadow teamed up with members of the U.S. Marine Corps Reserve to collect Toys for Tots this holiday season.

Earlier this month, the Barnum Woods school community collected new, unwrapped toys, which were later distributed by the Marine Corps to underprivileged children. Through the collection, students learned about the importance of demonstrating kindness by helping others. Barnum Woods donated more than 100 toys to children in need.

1-2: The Student Council at Barnum Woods Elementary School in East Meadow collected Toys for Tots, which were later distributed by the U.S. Marine Corps on Dec. 13.