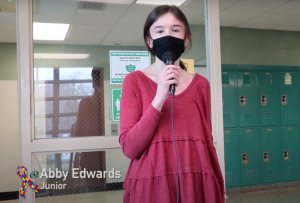 Westhampton Beach High School junior Abby Edwards recently coordinated an Autism Awareness Day fundraiser that resulted in a donation of $12,000 to the Anderson Center for Autism. This is the fifth year that Edwards has held the event, which has reached schools across the East End.

Since inaugurating the fundraiser five years ago, Edwards has raised a whopping $30,000 for the Anderson Center. She began her mission in the seventh grade by hosting a pajama day for autism awareness at East Moriches Middle School. With much success, she expanded her endeavor, opening it up to other schools. Since then, eight schools have signed on. Among them was Westhampton Beach High School, where students and staff have worn blue clothing and blue ribbons in support of autism awareness.

“Little did I know that when I started this, I would be doing it annually, raising more than $30,000,” said Edwards.

Edwards said she started the fundraiser in honor of her brother, who attends the Anderson Center. “I have always been super close with my brother, so having him living away from home is always difficult,” she said. “However, the Anderson Center has made it easier for my family and I because we know how much my brother and other Anderson students are cared for.”

Edwards said donations are sent to her through a website she launched, www.autismawarenesspjday.com. The site also includes information about autism and links to resources.

Aside from hosting the annual fundraiser, Edwards is a Girl Scout and a member of her school’s Youth to Youth Club.