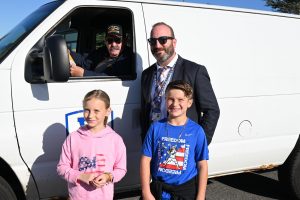 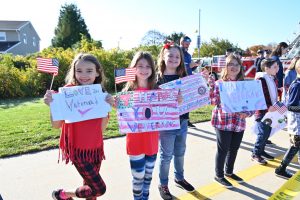 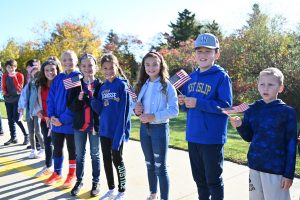 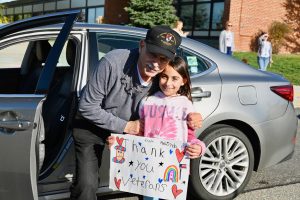 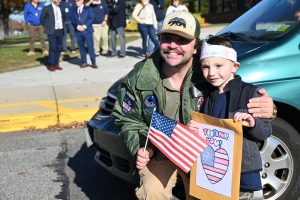 Dressed in red, white and blue, students and staff showed their appreciation for veterans during a car parade held outside Bayview Elementary School in the West Islip School District on Nov. 10. The West Islip Fire Department raised its flag high in the air at the parade’s entrance.

To begin the program, West Islip Board of Education trustee and veteran Thomas Compitello led the Pledge of Allegiance before the Bayview Elementary band performed patriotic songs. Bayview Elementary School Principal John Mullins honored and thanked those in attendance before welcoming the car parade through the school.

Students held signs of gratitude and waved their flags at they drove through the procession. For those students with family in the parade, they greeted their veteran guests and stopped to give them a handmade card and pose for a photo. Inside the elementary school, Bayview honored local veterans who could not be part of the celebration on their “Wall of Heroes.”