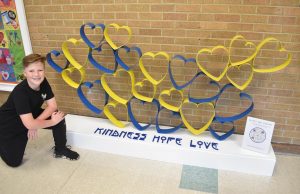 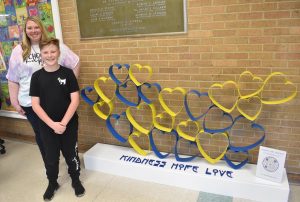 A school project from more than two years ago inspired Ryan Hirschhorn, a sixth grader at Berner Middle School in the Massapequa School District, to create a larger piece that promotes support for Ukraine. Ryan’s piece of blue and gold hearts is on display at Birch Lane Elementary School before it heads to Washington, D.C. this summer.

When Ryan was in fourth grade at Birch Lane, his magnet teacher, Kelsey Downey, gave them a project to make a sculpture of hearts for Valentine’s Day. The materials were simple: strips of pink, purple and red construction paper, along with their imaginations.

After showing it to his dad, he decided to build a stronger version of the sculpture with spraypainted pieces of copper. Ryan tapped into that old idea to show support for the citizens of Ukraine and decided to do a bigger version with yellow and blue hearts, which are the colors of the Ukrainian flag.

The hearts in the new sculpture were made with aluminum, sanded and painted, and riveted together. Ryan said he spent much time moving the two dozen hearts around until he got the design just right. His website, ryanhirschhorn.com, shows the progress of the Hearts for Ukraine sculpture.

It was first displayed at a fundraiser hosted by Project C.U.R.E., which has launched the Caring for Ukraine campaign for medical equipment and supplies. After that fundraiser, Ryan got in contact with his former principal, Steve Aspetti, and assistant principal, Joyce Larkin, about displaying it for the rest of the school year in the lobby. They were overjoyed that the former student, whose younger brothers Cooper and Gabe still attend Birch Lane, wanted to share it with the school. Ryan built a new base with the words “kindness,” “hope” and “love” in blue letters for the display at Massapequa’s most populous elementary building.

“We wanted to get this out there, so why not display it in a place where a large number of people could see it?” Ryan said, adding that the goal is to encourage people to donate to any charity that supports Ukraine. “I feel really grateful they let me display it here. It doesn’t really do anything if I keep it in my house.

When the school year ends, Ryan’s piece will be moved to the Ukraine House in Washington, D.C. He and his father will load it into the car and drive it there.

Added Ms. Downey, “I’m so impressed and inspired how he took what was a simple, just-for-fun STEAM challenge, and turned it into something meaningful, that is going to be seen by a lot of people.”

1: Massapequa sixth grader Ryan Hirschhorn displayed his Hearts for Ukraine sculpture at Birch Lane Elementary School through the end of the school year.

2: Ryan was inspired by a Valentine’s Day project he did in fourth grade for magnet teacher Kelsey Downey. 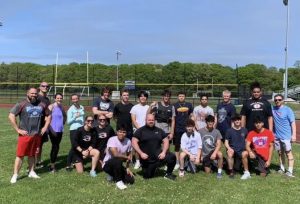 Photo Caption: Bellport High School recently raised $1,250 for the Tunnel to Towers Foundation by participating in the Murph Challenge, named in memory of Lt. Michael Murphy. Facilitated by social studies teacher Joe Scioli, students and staff made donations and completed several athletic activities in the challenge, including a one-mile run, 100 pullups, 200 pushups and 300 squats. 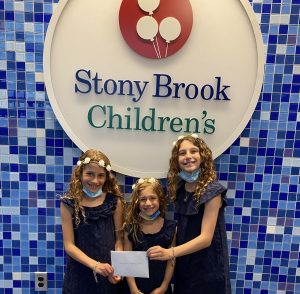 A proud moment in Shoreham-Wading River history took place recently when three district sisters set up a lemonade stand. The money they made could have gone into their savings accounts or been used to purchase something fun, but the girls had something else in mind. Wading River School fifth grader Gianna Horsford was asked what she was saving for, and she responded “the children at the children’s hospital.” She wrote a letter to the hospital sharing her kindness in words that included hoping the money will help to bring joy to the children who are receiving care there. Gianna’s family – mom, dad and younger sisters Mia Horsford and Natalia Horsford – took a special visit to Stony Brook Children’s to share their donation with the hospital staff. 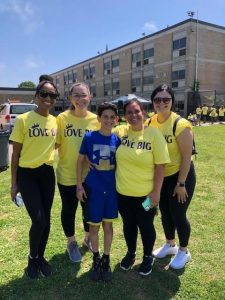 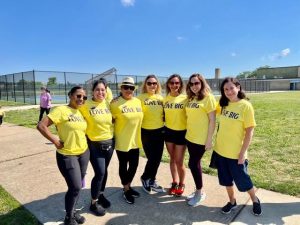 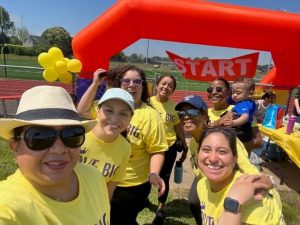 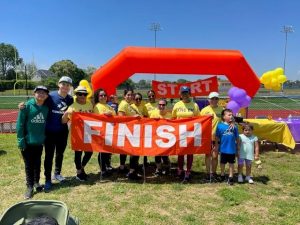 The Copiague School District staff and their families were invited to participate, and their registration fee is being used for scholarships that will be presented to a varsity girl and varsity boy basketball player. This year’s event raised more than $4,300, and all proceeds will go directly toward the scholarships. 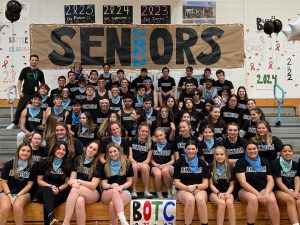 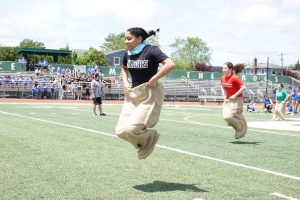 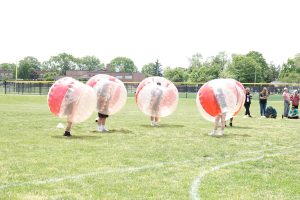 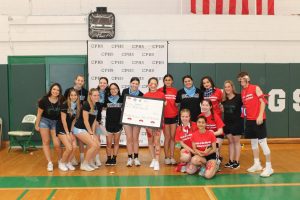 On May 26, the Carle Place High School/Middle School Student Organization and Key Club hosted the 15th annual Battle of the Classes: Battling for a Cause. This year the school supported the Diamond Blackfan Anemia Foundation. The main goals of this foundation is to advance research initiatives, therapeutic strategies and a cure for this rare bone marrow failure syndrome. They provide support and education to those affected. During this year’s Battle of the Classes, they chose to honor Danielle Deridder, a former student who had passed in 2003.

After numerous months of planning from the Student Organization and the Key Club, students participated in spirit week, pop up events and paper wars, which led up to the main event where students participated in volleyball, Just Dance, Pictionary, basketball, tug of war, an obstacle course, bubble soccer and ultimate frisbee. The teachers also participated in an intense game of dodgeball against the senior class. Congratulations to the Class of 2022 for winning the 2022 Battle of the Classes, Battling for a Cause.

The school raised a total of $15,635 for the Diamond Blackfan Anemia Foundation.