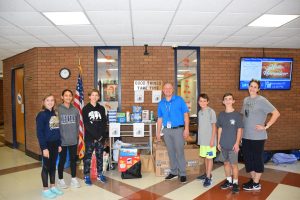 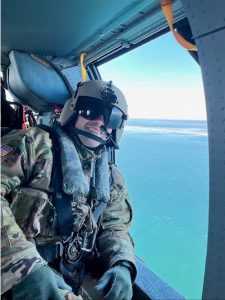 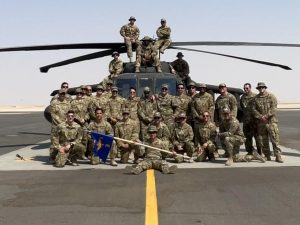 John Wilson Young Middle School students in the Bayport-Blue Point School District collected food and hygiene items for Long Island veterans serving oversees. The initiative is Called Adopt a Soldier, and the generosity of the students and the community helped to fill the school entranceway with delicious nonperishable foods, holiday candy and items such as toothbrushes and toothpaste, mouth wash and soap.

Principal John Andruszkiewicz explained that the items were collected in honor of U.S. Army Sergeant Sean Parnell, whose wife Danielle Parnell was a former student. Mrs. Parnell showed student council members, who assisted in organizing the collection, photos of her husband in a helicopter and with his unit.

“I want to thank you,” Mrs. Parnell said. “These are real people who can use a hug over there.”

B: U.S. Army Sergeant Sean Parnell is pictured in a helicopter on duty oversees.