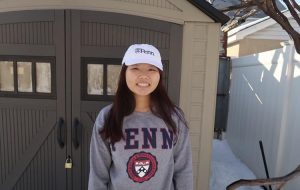 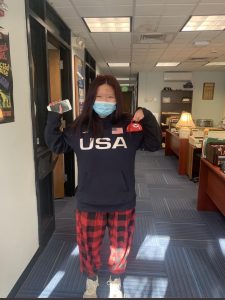 Mineola High School is highlighting one of its seniors, Wenny Cheng, for her achievements inside and outside of the classroom. Cheng has been an active member of the Mineola school community throughout her whole life. She is a part of the Track and Field Team, a National Honor Society member and is a tutor for the high school’s Student Service Center. Through her involvement in extracurriculars, Cheng has made it a priority to give back to her community. Her commitment to helping others shines through in all that she does.

This past March is when Cheng launched her first website with the intention of helping peers throughout the pandemic. She realized many students were unable to visit prospective colleges due to campuses closing. That’s what gave Cheng the inspiration to found Virtual College Help, a website with interviews from college students attending more than 80 American universities, to help high school students gain insight to student life. Since its start, her website has received more than 14,000 views worldwide.

“I feel a responsibility to help others during this hard time,” said Cheng.

The success of Virtual College Help led to Cheng’s creation of a free, tutoring website. She offers virtual help to students around the nation in the STEM subjects, exam prep and even guides high school students through the financial aid process. Being a low-income, first-generation college student herself, Cheng says financial aid and college applications were an initial challenge for her. She did not want her peers in the same boat to go through this blindly, which is why she is offering this free, accessible service.

Cheng has excelled in the classroom throughout her time in the Mineola Union Free School District. She says her experience growing up with parents who do not speak English and have faced financial struggles, inspired her to accomplish her goals.

“I see my parents work extremely hard and since I was in elementary school they always said, ‘As long as you work hard in school and achieve academically, you will change your life forever,’” said Cheng.

Her academic achievements have proved successful as Cheng was honored in multiple scholarship programs. She was one of 1,609 students from across the nation to be named a Coca-Cola Scholar Semifinalist. This scholarship program recognizes high school students who are dedicated to leadership, service and action that positively benefits others. Most recently, Cheng was announced as one of 496 semifinalists in the Cooke College Scholarship program, which awards high-achieving high school seniors who face financial need. In addition, she is a quarterfinalist in the Elks Most Valuable Student scholarship competition.

Next year, Cheng will be attending the University of Pennsylvania on a full-ride scholarship. She plans to major in chemistry and carry out her altruistic nature by becoming a professor or teacher, while conducting independent research. She also notes that she loves computer science, thanks to the classes at Mineola High School, and is thinking about adding that as a double major.

Cheng says she wouldn’t be the person she is without being a Mineola student. She says her time in the district has helped shape her and thanks Mineola for her experiences.

“Mineola doesn’t have any boundaries for you, they allow you to explore and try out anything you want,” said Cheng. “All of the teachers are very supportive and always stick with you through your failures and successes,” she said.

We are #MineolaProud of Cheng and can’t wait to see all that she goes onto accomplish.

Photo caption 2: Wenny Cheng ringing the bell at Mineola High School, after being accepted to the University of Pennsylvania.