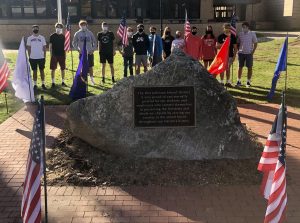 The students set flags out for each of the armed forces of the United States at the tribute that was created and unveiled in spring 2019 with much school and community support. The flags line the tribute’s Path of Honor.