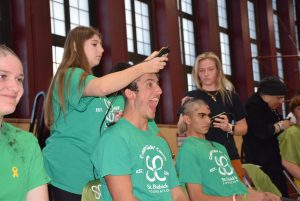 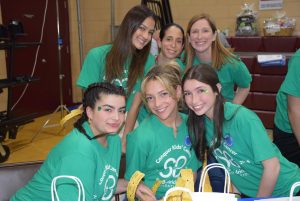 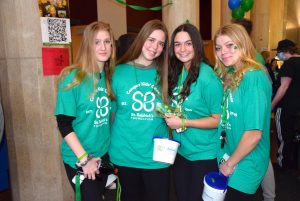 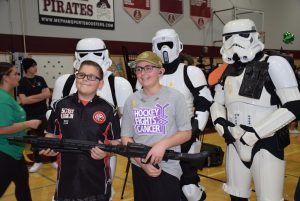 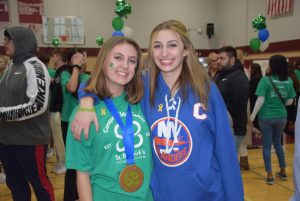 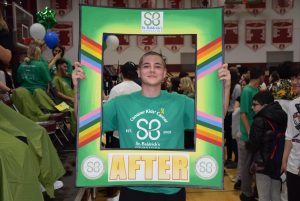 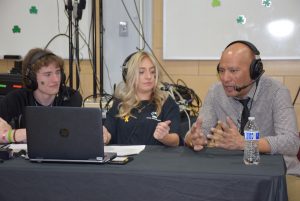 This year’s in-person event has already raised more than $67,000 for the foundation, which supports pediatric cancer research and outreach.

“The seniors worked together to fundraise and get the word out about the event. But it was truly a community effort,” explained event co-organizer and social studies chairperson Robyn Einbinder.

Together with teachers Kerry Dennis and Chris Patten, Einbinder oversaw various details of the evening’s success.

One of this year’s honorees included Carsyn Volpe, a seventh grader at Grand Avenue Middle School, who is currently battling pediatric cancer. His sister, Cayden, a student at Mepham, was the event’s top fundraiser at $6,000.

When it came time for the shaving shenanigans, students from the district’s cosmetology program, led by instructor Jaime Pendl, operated the hair buzzers. The program is housed at Sanford H. Calhoun High School.

“We were so grateful to have had the event back in person this year,” added Einbinder.

Money from Mepham’s annual Battle of the Classes which will be held in May will also go toward the St. Baldrick’s Foundation.

5) One of this year’s honorees included Carsyn Volpe (right), a seventh grader at Grand Avenue Middle School who is currently battling pediatric cancer.

6) Sisters Cayden Volpe and Camryn Volpe were top fundraisers for the event.

7) Mepham senior Ty Roberts showed off his after shave look.