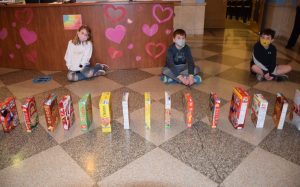 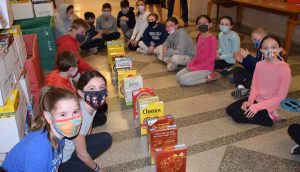 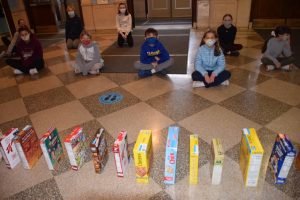 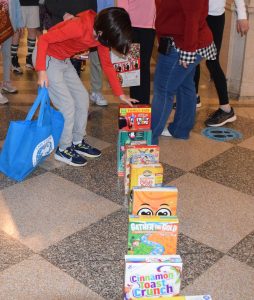 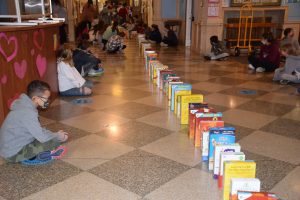 Garden City’s Stratford School supported the Red Nose Day effort to end child poverty during an event on March 18. Under the direction of School Social Worker Michele Vincent, the building’s students and staff members collected more than 400 boxes of cereal in just one week’s time for donation to local food pantries.

To celebrate their teamwork, students assembled the cereal boxes to create a domino run. Thanks to the many contributions from families, the chain extended from the main lobby all the way down the hallway. It was launched four separate times in order to allow each class to view the action while remaining socially distant.

While students were lining up the boxes and awaiting the excitement, Ms. Vincent emphasized the significance of the endeavor. Students had learned about the issue of hunger and food insecurity back in January when the building held a food drive for the INN.