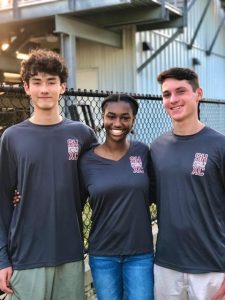 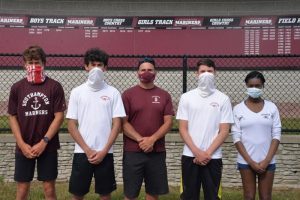 The money raised through the initiative will be used to fund a scholarship that will be awarded to a graduating senior of color, starting in 2021. The scholarship awardee will be selected by the Mariners Run for Unity Committee, made up of the three seniors, coach Eddie Arnold and Nature Richard.

The students created the fundraiser in an effort to take action against racism.

“Our initiative has been an amazing success,” said Nugent. “We got lots of feedback from people who donated and participated.”

The trio initially aimed to raise $5,000, but were thrilled to exceed their goal. They hope to continue their mission and raise additional funds for the scholarship in the future.

“Our hope is that this becomes a foundation where the scholarship fund becomes an annual award,” said Nugent.

To participate in the virtual event, participants are asked to run 2.28 miles and provide a suggested donation of $25 via the committee’s website, www.marinersrunforunity.com.