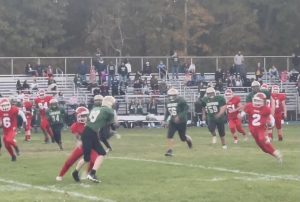 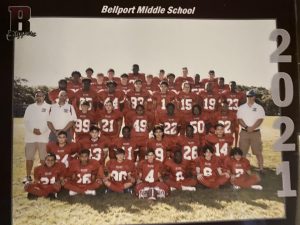 The 47 members of the Bellport Middle School football team, coached by Jeffrey Giacomin, recently donated $4,200 to the American Cancer Society as part of a Breast Cancer Awareness Month fundraiser.

To garner the funds, the team — which finished the season with a 5-1 record — handed out flyers in school and to family and friends with a QR code requesting that donations be sent directly to the American Cancer Society.

“The boys raised the money in less than a month,” said Giacomin. “They are amazing.”

Photo caption: The Bellport Middle School football team worked during the month of October to raise money for the American Cancer Society.