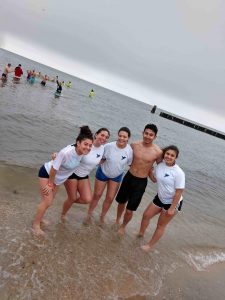 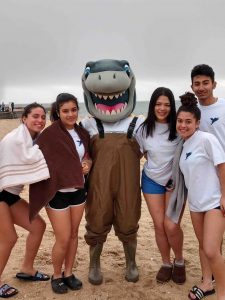 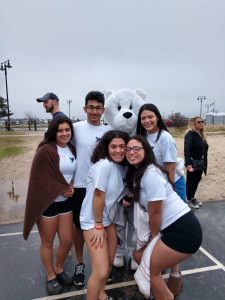 Photo caption: The varsity club from Walter G. O’Connell Copiague High School attended the AHRC Suffolk’s second annual Polar Splash on April 13 at the Bay Shore Marina. The club raised $200 to donate to the AHRC Suffolk by selling coffee and hot chocolate during parent-teacher conferences. The student-athletes who attended were able to brave the bay in 40 degree temperatures for a good cause.