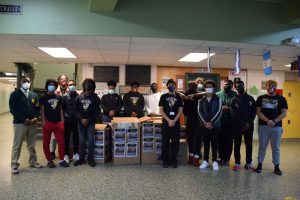 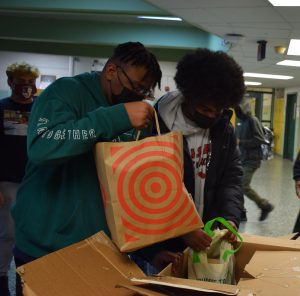 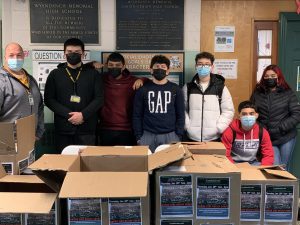 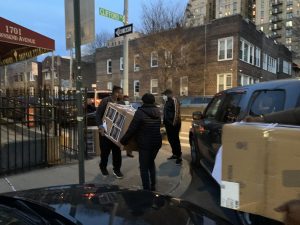 Students in grades 9-12 brought in nonperishable food items, clothing, diapers, blankets, pillows and more which were boxed for delivery to the victims.

“This was a terrible tragedy for so many individuals,” said Principal Mr. Paul Sibblies. “I am from the Bronx; I know where the building was located and there are so many people who lost so much. Our student groups were happy to help facilitate a donation drive to give back to these victims.”

The drive took place from Jan. 14-Jan. 20 and students, staff and community members were encouraged to donate whatever they could to help ease the burden for those impacted by the fire.

On Jan. 21, select students from each group and High School Principal Paul Sibblies traveled to a Bronx fire donation drop-off site to hand deliver the items that were collected for the victims.