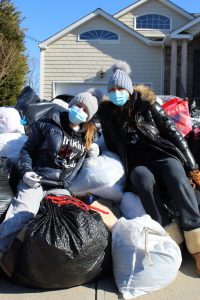 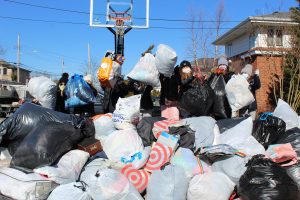 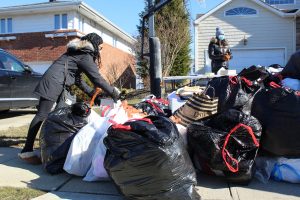 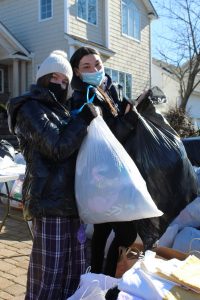 By Alyssa Seidman in the LI Herald
https://www.liherald.com/bellmore/stories/kennedy-softball-players-team-up-to-strike-out-cancer,129987

Two John F. Kennedy High School students are teaming up to raise money for the Leukemia & Lymphoma Society through its Student of the Year campaign. Merrick residents Sami Levine, 15, and Lara Indich, 16, are co-candidates in the program and leaders of the team Striking Out Cancer.

Lara, a junior, said the team name comes from the girls’ relationship to softball — they play on Kennedy’s varsity team together. “We’re very excited to make a difference and help others at a time where everyone needs a little good,” she said.

Student of the Year is a philanthropic leadership development program for high school students in which participants foster professional skills while fundraising for LLS, a national nonprofit dedicated to fighting blood cancer. The title Student of the Year is awarded to the candidate or co-candidates who raise the most money during the competition.

When Sami, a sophomore, was nominated to be a candidate by her family friend Shari Weissbach, she asked Lara to help out. “Raising money for good causes is important to my family,” she said, “and we thought it was a great idea to help others.”

Sami is the daughter of Jill and Craig Levine. The couple run Forever 9: The Robbie Levine Foundation, a local nonprofit founded in honor of their late son, Robbie.

Last month, the girls started planning a series of fundraisers and created an Instagram account (@strikingoutcancer_LLS) to promote their events. Because of the pandemic, a majority of the events will be held virtually  (see box). So far, the girls have hosted a clothing drive, a virtual yoga class, a virtual bingo night and a fundraiser at Panera Bread in Bellmore, where a portion of the evening’s proceeds was donated to their campaign.

The Striking Out Cancer team consists of about 30 people from the Bellmore-Merrick community. Members are responsible for helping the girls spread the word on social media, reaching out to potential participants via email and running the events.

That sentiment was evident last Saturday morning when Striking Out Cancer hosted its clothing drive. Dozens of residents stopped by the Levines’ home in south Merrick to drop off bags of clothes, linens, accessories and other items to be donated to charitable causes. The collection pile lined the Levines’ driveway and filled a tractor-trailer, Sami said. For every pound donated, the team earned 25 cents toward its fundraising efforts.

The girls likened their campaign to running a business, as they have had to make presentations to potential sponsors to support their events. “Building a team of people and having to motivate them has taught me how to be successful in the real world,” Lara said.

Sami added that she and Lara feel as though they are making a difference in the fight against leukemia and lymphoma. “Hopefully these funds that we raise will make a future with no cancer,” she said.

To register for future events, visit linktr.ee/strikingoutcancer. Those interested in getting involved can reach out to Sami and Lara via email at strikeoutcancer21@gmail.com.