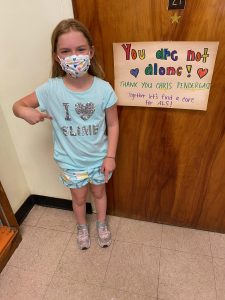 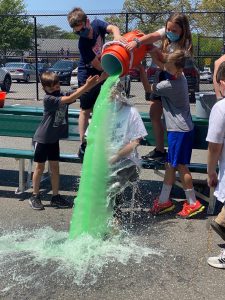 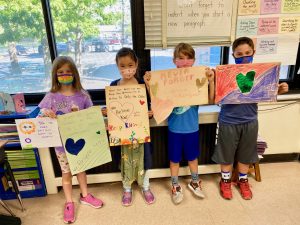 In honor of ALS (Amyotrophic Lateral Sclerosis) Awareness Month, the Marion Street Elementary School Student Council in the Lynbrook Public Schools held a fundraiser to support the ALS Ride For Life Foundation and its search for a cure. With the help of student council advisers Kristen Keane and Kelsey Occhino, the members discussed the disease ALS at their meetings and facilitated an ice bucket fundraiser to get teachers and students involved. They created posters to promote ALS awareness and the fundraiser around the school.

Each class at Marion Street Elementary School donated money and nominated teachers for the ice bucket challenge. Ice bucket participants included student council advisers Mrs. Keane and Mrs. Occhino, along with teachers Kara Boulay, Amy Brennan, Kelly Donovan, Tracey Reisert and Principal Theresa Macchia. Each class watched a video of the teacher’s ice bucket challenge and on May 20, all students and staff wore red to spread ALS awareness and honor Chris Pendergast. Mr. Pendergast was the founder of ALS Ride for Life, a hardworking advocate for ALS awareness, and an annual visitor at the school, who passed away last year from the disease.

Together, the school community raised $2,151 for the ALS Ride For Life Foundation. Students in Anthony Simone’s fourth grade class raised the most money during the fundraiser and won the chance to slime their principal Mrs. Macchia outside the school. The fundraiser was a great way to raise awareness, honor Mr. Pendergast’s memory and support an important cause.

2) Third grader Riley Moffett had the perfect shirt which read “I Love Slime,” ahead of Marion Street Principal Theresa Macchia getting slimed for a good cause.

3) As a reward for raising the most money, Anthony Simone’s fourth grade class slimed their principal Theresa Macchia.