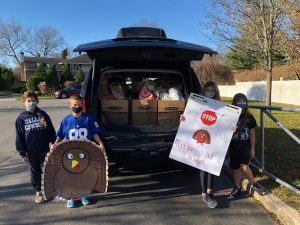 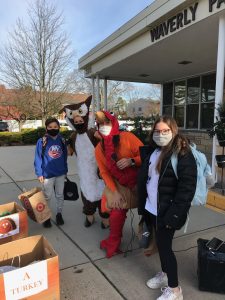 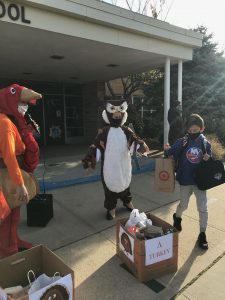 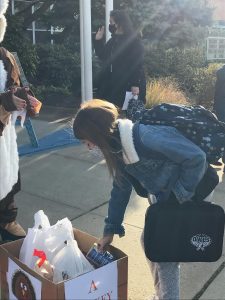 In honor of the upcoming Thanksgiving holiday, the Waverly Park Elementary School Student Council in the Lynbrook Public Schools facilitated a food drive to support the Five Towns Community Center, Inc.’s food pantry in Lawrence. To prepare for the two-day food drive which they referred to as “Stuff a Turkey,” the student council members created posters to advertise the event.

To safely collect donations from Waverly Park families, student council advisers Shari Bowes and Courtney Jacobs dressed as a turkey and an owl, respectively, and warmly greeted families outside during the school’s drop off time while music played. Before entering the school, students placed their nonperishable food items in boxes to support the food drive. Thanks to the generosity of the Waverly Park community, the student council collected 10 full boxes of food to deliver to the Five Towns Community Center, Inc. to help feed families in need this holiday season.

“Student council wants to help others,” said Bowes. “We knew that this was something that people need. We wanted other people to feel good knowing that they had food in their pantry!”

3) Waverly Park students donated nonperishable food items for those in need this Thanksgiving.

4) Waverly Park students dropped off donations outside the school.